Kalamkari has paved a huge path for the intermingling of both traditional and modern interpretations.

In ancient india, various aspects of hindu mythology using a large canvas with natural dyes also known as the srikalahasthi style. There is basically freehand drawing of the subject and filling it in colours and it mainly focused on patronage and depiction of the particular era and deities from the Ramayana and mahabharatha.

The pedana kalamkari craft in Andhra Pradesh, evolved with the patronage of mughals and it had its derivation from Persian art.

To the authenticity that is still alive in the fabric to the modernization and innovative conceptualization of metamorphosing it into a current trend of fashion,kalamkari has come a full circle.

Kalamkari has branched its wings from just sarees to chudidhars, modern wear such as jackets and shirts to men wear.

Online market is booming with cost effective and creative pieces of kalamkari.Rates online range from 300 to 20,000.

these designs are mainly made using fingers, twigs, brushes, nib-pens, and matchsticks, using natural dyes and pigments, and is characterised by eye-catching geometrical patterns.

It has recently caught the vogue of traditional patterns and designs along with kalamkari prints.

It can be noted with atmost pride that indigenous artists are gaining prominence and gainly the importance that they always deserve.

It is mainly practiced in mithila region of india.

HANDLOOM TEXTILES- it marks an important epoch in the cultural heritage of india. The handloom sector provides opportunity to lots of people who use it to sustain their livelihood and is the second most prominent industry giving jobs and improving the standards of living of a lot of people.

Such designs and its richness being understood and appreciated plays a key role in the development of small scale industries. 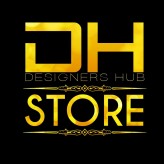